Covid19 - Our service is still running via Telehealth, click here to find out more

Harry graduated from Otago University with his physiotherapy degree at the end of 2016. After 4 years of studying in the cold south he decided to head north in search of a warmer climate, settling in Whanganui. Having joined Active+ at the start of 2017, Harry is keen to live up to, and exceed, the high quality of practice set by the rest of the Active+ physiotherapy team.

Harry is passionate about helping people enhance their lives through physical wellness. He has many special interests within physiotherapy, from biomechanics and injury prevention, to concussion rehabilitation and physical conditioning. He also teaches weekly Pilates classes in Whanganui.

Since 2014 Harry worked as an on-field medic, supporting many rugby teams at all levels of the sport. From the Otago Boys 1st and 2nd XV teams, to the Tawa Rugby Club’s premier men’s in Wellington. He now looks to join Whanganui Rugby this season, as both a team physio and a medic with Kent Stembridge. However, Harry’s personal sporting passion firmly rests within the realm of martial arts. He has competed at a national level in Muay Thai kickboxing, Brazillian Jiu Jitsu, and Mixed Martial Arts. 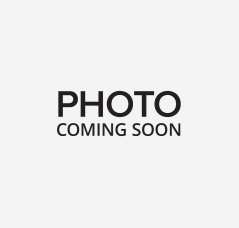 To all our valued customers - as a result of the COVID-19 isolation period our clinics will be closed for face to face consultations for 4 weeks. We will update our facebook pages to advise when we can re-open again.  PLEASE NOTE: we do have Physiotherapists working and available to complete telehealth consultations if you require advice or assistance. You can email us on central@activeplus.co.nz, or phone us on 06 3571705 to arrange a call back by a Physio.